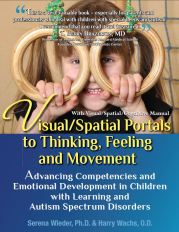 Visual digital discriminative movements concerned with manipulatory skills are necessary for school and life.  The discriminative movements we speak of here are in contrast with general movement, the opening category on body position and movement that Dr. Harry Wachs addresses in detail in his magnum opus on visual/spatial portals.  We’re going to highlight the following categories that Harry lays out in his guide: Digital Discriminative Movement (lots of stuff with fingers), Ocular Discriminative Movement (lots of stuff with eyes), and Articulatory Discriminative Sensory Motor Movement (a little bit of stuff involving lips, tongue, and throat).  I’ll abbreviate these three categories as DDM, ODM, and ADM.  It’s interesting to note that Harry chooses to label only ADM as a sensory motor movement. That may be because he expected us to realize that DDM and ODM are sensory motor, or perhaps a statement that DDM and ODM are comparatively more cognitive than ADM.  I’ll let you be the judge, so lets begin with DDM.

Generally speaking this category refers to movement of the fingers, and for the most part Dr. Wachs addresses this in the context of handwriting and specifically pencil grip. Finger movement might be connsdered as a set of readiness skills for handwriting and progressively more so for keyboarding, texting, and touch movements on a tablet or screen.  Pencil grip follows a normal developmental timeline toward the tripod grip, the appropriate grip for writing or drawing on horizontal surfaces.

The illustration that Harry provides can be downloaded from the pencil grip.com chart through this link.  There are a number of good web resources that address pencil grip such as as the drawyourworld blog, and a program used by many OTs is Handwriting Without Tears.  Ann-Sofie Selin has published an excellent research monograph on pencil grip.  Harry divides discriminative finger movement into three categories: Mental Map of Fingers, Finger Control, and Graphic Control.

These procedures help the child develop awareness of the fingers as part of self and body, and their uses.  The first activity is Finger Lifts.The child places her hands flat on the table so that her fingers are separated and stretched forward.  Point to, but do not touch or verbally label three different fingers, two on one hand and one on the other, and ask her to raise and lower those fingers a specified number of times.  If this is difficult, touch rather than point to the fingers you want her to raise and lower.  You’re observing to see that only the designated fingers move, and that there’s no motor overflow or motoric stuttering.  I can see where this might be difficult for some children because it jumps right into bilateral integration.  Though Harry doesn’t suggest this, it would seem logical to go to individual finger lifts as a precursor if the two hand procedure he describes is difficult. 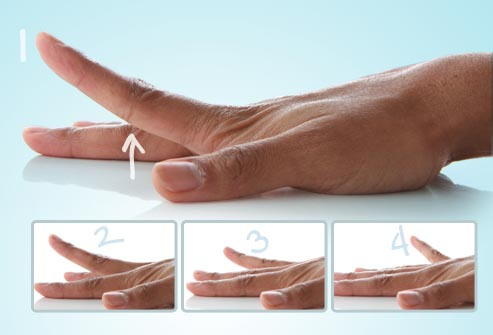 After Finger Lifts are accomplished, proceed to Finger Clasp.  The hands are clasped together with fingers interlocked and held in front of her face.  Here Harry advises to first point to a single finger the child has to move that finger up and down several times.  When that is mastered you can point to two or three fingers, and again touch the fingers if the child cannot respond through your visual gesture.  After this has been done, go to Cross Finger Clasp.  Child extends both out in front of her with palms facing each other but not touching.  She crosses her arms at the elbow, bringing her palms together and intertwining her fingers in the Reverse Finger Clasp position.  Repeat the sequences above.  Dr. Wachs finishes this section with two more procedures, Thumb/Finger Opposition and Pinch.  Although he describes Thumb/Finger Opposition differently, we tend to do it the way it’s depicted in this image from emedicinehealth.com. 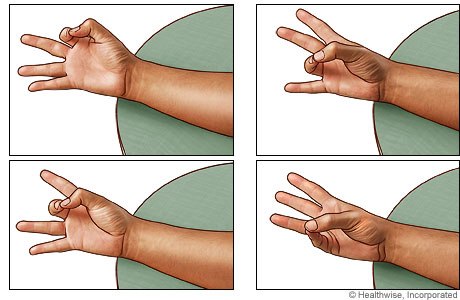 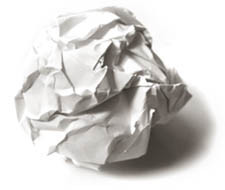 These are additional activities to aid in developing adequate finger control for a tripod pencil grip.  The child is given two pieces of paper in each hand between her forefingers and thumbs.  Her hands should be outstretched with head straight so that the hands are out of view.  The paper is crumpled simultaneously into two balls inside the fist of each hand.  Once the ball is as flat as possible, un-crumple the pieces of paper simultaneously, using only the fingers of the hand holding the paper.  I’m repeating myself here, but this seems like a high level at which to begin, so I’d make sure the child can this just with the dominant hand first before doing it with both hands simultaneously.  The rest of the procedures in this section are Finger Paints, String Ravel, and Finger Tape, Spider, Entrapment, Nuts & Bolts, Put & Place, Pen Push, Bead Pickup, Paper Tear, and Pen Stab.  Entrapment is one of many activities that can be done with a geoboard, and Put & Place with a pegboard.

Here’s where the child gets to work with a stylus.  The first procedure is the Wayne EngineeringTalking Pen, also called a Perceptuomotor Pen.  The nice thing about the pen is that it has a three sided surface, facilitating the tripod grip.  The light coming out of the pen is cabled into a squawk box with a rheostat.  The higher the rheostat, the more intense the light, and therefore the more shrill is the tone that provides the child feedback that she is off the line.  If you want to give the child latitude for being off the line being traced, then the rheostat can be turned down.  Dr. Wachs suggests turning the exercise into a game by deciding how many buzzes will be allowed before the child has to start again from the beginning.  The next activity is Hare and Hound, and consists of the therapist drawing Xs on a chalkboard, whiteboard, or paper, and having the child connect them with a straight line as fast as possible.  The final procedure in this category is the School Formboard, introduced by Gerry Getman  to help people draw at an ergonomically correct angle. 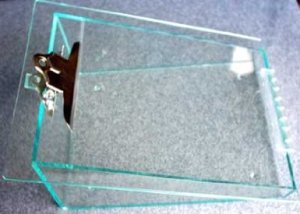 Harry gives directions for how to make your own slant board just by taking a piece of 8 1/2 x 11 inch board slanted at about a 15 degree angle.  Cover the length of the board with a plastic sheet attached only at the top so you can slip a piece of paper under it.  The paper will have pre-drawn designs that the child has to trace on the plastic sheet.  There are relatively inexpensive commercially available slant boards, such as the one pictured here, that meet Harry’s specifications. Zaner-Bloser has a range of handwriting products that complement the concepts and procedures in discriminative movement/graphic control.